Let’s protect the environment together
Our company pursues actively the policy of environmental protection.

“EcoMet Reciklaža” d.o.o. is committed for implementation and permanent advancement of integrated quality system management, environmental protection and safety and health  at work ,(IMS), in line with valid  requirements of the standards QMS and EMS (ISO  9001: 2015; ISO 14001: 2015 and OHSAS 18001).

With application of the above-mentioned standards, “EcoMet Reciklaža” d.o.o. is dedicated on pursuance of policy of environmental protection and performance of basic activities of the company.

According to aforementioned, “Eco Met Reciklaža” d.o.o. has undertaken the obligation to pursue all activities   in line with relevant legal and other acts and bylaws   pertaining to environmental protection (including EU directives, international conventions, protocols, etc.)

In addition, the company undertakes to identify, assess and control risk with known causes of possible injuries and diseases related to working processes and  their surroundings and to identify possible  impacts of all activities on the quality of  environment, safety and health  of the employees and population in the vicinity of the production plants In line with legal regulations, the company  carries out  regular monitoring of environment and  conducts  control of work of the production processes  and applies  relevant measures aiming at reduction of emission of polluting materials in the environment.

Besides, “EcoMet Reciklaža” d.o.o. has legal obligation to plan measures and activities with the aim toward prevention of  possible accidents  and to plan measures and activities  for preparation  and response to possible accidents. The company is required to foster communication with local self-governance authorities and other stakeholders, in pursuance with socially responsible business operations, to use natural resources sparingly and to manage them rationally.

While planning, construction and selection of equipment “EcoMet Reciklaža” d.o.o. applies guidelines of the best available techniques, in line with referent BREF documents ( Best available techniques Reference documents), with simultaneous permanent  training and raising awareness of the employees on the  importance of environmental protection, safety,  occupational protection and protection from accidents.

Distribution of pollutants within the Zajača area

Main Geological Map 1:100000 List of Zvornik, L34-123 shows anomalies of Pb, Zn and Sb in carbon clay shales and quartz sandstones; triassic   sediments -quartz conglomerates, breccia and sandstones and layered and banked oolitic limestones and sandstones, miocenic dacito-andesites and piroclasts dacito-andesites. The anomalies of As are not shown on the map, but the arsenic is often found together with antimony when dealing with low-temperature hydrothermal deposits.

Carbon and triassic formations are not source of Pb, Zn, Sb and As.  The above-mentioned metals are deposited in upper-carbonic limestones during miocenic volcanism, to be more precise, the deposits of Sb with associating As (Pb and other metals) are created   by post volcanic hydrothermal processes the deposits with SB with corresponding As (Pb and other), such as the Zajača system.

During this process, the increased concentrations of metal developed naturally on the surface (geochemical anomalies).

According to Janković in 1990, the development of mining ores is connected with carbonic, perm and triassic formations of the soil, together with dacito-andesitic volcanic rocks and their pyroclastic equivalents.  The major source of mining ores   in this region are upper carbonic limestones, due to most favorable conditions for development of the antimony ore. The richest deposit of antimony ore (regarding Zajača area) is located on the rim of dacito-andesitic massive, more precisely, on the contact of dacito-andesitic and carbonate rocks. During abrupt cooling of excreted melted rocks, due to contact with cold original rock, (grey limestones of  Upper Carbone), the vein deposits of  Sb are formed, where these occurrences are found in the highest concentrations.
Local deposits of antimony are noticed in the Zajača area, in significantly smaller quantities, in shales and dacito-andesites. Ore-bearing limestones are folded and divided into blocks and on the contact of dacito-andesites and limestones there are developed tectonic breccias where antimony is present in the form of cement.  Mineral association is more or less monotonous in this region and composed primarily of antimony oxide-valentinite, stibiconite, senarmontite, then galenite, pyrite, chalcopyrite quartz and calcite.

Prospection of spots of soil and water sampling in the field and analysis of obtained results of the measuring of concentration of soil pollutants from April and May 2019 leads to the conclusion that the highest increased concentrations (T2 -for measurements made in April and T3 for measuring made in May 2019) of Sb, As, Pb and Zn are connected exactly with mentioned vein deposit with  highest concentration of ore.  Anomalies of mentioned heavy metals exist due to high concentration of ore on this region, but we must not neglect the several decades of exposing of ore of atmospheric influences due to exploitation and storage of tailings.

Concentration of pollutants in soil

Analyses made in April and May 2019, increased concentrations of arsenic and antimony in samples taken in the soil layer up to 60 cm of depth are present. However, after restoration of the landfill further inflow of pollutants to the land and atmosphere was prevented.

In order to enable better and clearer insight into the current environmental situation and  in order to provide   as good and efficient method  of restoration  as possible, water quality was measured  on the said locality.  The river Štira flows directly in the vicinity of mines and production complex of  Zajača, as well as through the place  itself. The river Štira receives six tributaries from the left side on this location, while it receives four tributaries from the rights side. The place of  Zajača is supplied with  water from local water supply system,    taking water from two water sources- older one  “Kokići”, yield 4-5 l/s, made by Social Enterprise “Rudnici i topionica Zajača“ during fifties of the last century and more recent one “Turin”, whose yield is also 4-5 l/s, built with the assistance of international donors in 2002.

Because of the high microbiological contamination of water (especially from the water source “Kokići”) and increased contents of heavy metals, as established in 2002 by the analysis of potable water  by DOO “Zorka “ “Razvoj i inženjering” Šabac ( No: 92-288 from14/04/2002) the City of Loznica started construction of water piping  and connection of  Zajača settlement  with the city water supply system in Loznica, ensuring  supply of healthy potable water  for the local population.

With transfer to city water supply line the water sources “Kokići” and “Turin” were no longer used.  Sampling of surface waters on the locality ( upflow and downflow) showed  increased concentrations of arsenic and antimony.  Taking into consideration the geological and tectonic characteristics of the terrain, as well as history of the production process on the locality, we can   conclude that increased concentrations of arsenic and antimony in surface waters (the river Štira )  are consequence of the increased concentration of the natural ore forming  of As and Sb, as well as exposure of the ore to atmospheric influences  during several decades of mining.

High quantities of ores in rock resulted in creation of mining waters. During ore exploitation, the ore minerals were exposed to water and air, resulting in oxidization and creation of sulphuric acids and acidification of water. Thus acidified water (with presence of bacteria) enabled faster process of dissolution of heavy metals from the mining ore; the heavy metals were thus further   removed to hypsometrically lower watercourses.

The purchase of car batteries and other devices rich in lead is made in all town of Serbia at the highest prices and best conditions for sellers.

Are you interested in additional information on our services and activities? Please contact us any time at 015/892-152 or send us a message through our contact page.

If you want to contact us by regular mail or if you want to visit us our address is: Jovana Cvijića 11, 15 300 Loznica. 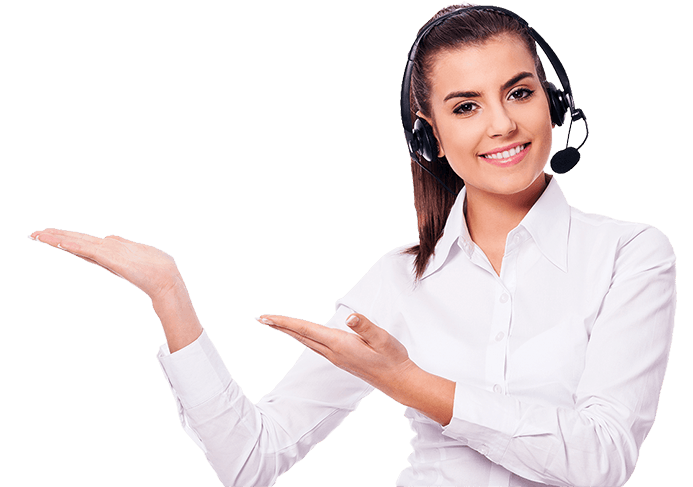 Ecological challenges in the current stage of global social development are major challenges faced by human civilization. Global ecological crisis confronting mankind has increased our awareness and level of responsibility for nature and environment.

The company "EcoMet  Reciklaža" d.o.o. falls  among the category  of companies with high level of  ecological responsibility.  Work with us, help us clean our environment and become healthier!

Take a look at our certificates.